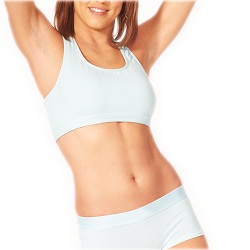 Have you been slaving away at the gym but aren’t seeing results? Have you been trying a lot of different diets and meal plans without any progress? Is looking in the mirror at your body causing you mental anguish?

If you’ve answered yes to any or all these questions, don’t worry – there’s a solution you haven’t tried yet, and it’s safe, FDA-approved, and effective. It’s called CoolSculpting. CoolSculpting is a modern scientific marvel in the world of body sculpting.

CoolSculpting, however, steps completely outside of that process. This treatment eliminates targeted stubborn fat cells completely, so there’s no danger of them swelling and growing again after shrinking.

How Does CoolSculpting Work?

CoolSculpting does what its name suggests: It sculpts your body by cooling it. Specifically, it freezes the lipids in fat cells, which causes the cells to die naturally. It’s known as selective cryolipolysis, because only the fat cells are frozen, leaving the other cells untouched and unharmed.

After your treatment, the body naturally processes the treated fat cells over time and eliminates them. This leads to a gradual reduction in the volume of the treatment regions.

CoolSculpting can safely and comfortably remove fat deposits from a number of areas, including the following:

• It is a non-surgical treatment – CoolSculpting avoids all the downsides related to surgery, like scars, scalpels, and downtime. It is non-invasive and doesn’t require as much of a commitment from the patient as other treatments.

• The results look natural – Since there are no scars left behind and the fat is broken down and processed by the body, CoolSculpting offers very natural-looking results. Surgical treatments that cause obvious scarring fix one problem but bring about another, giving patients another thing to be self-conscious about. CoolSculpting leaves the treatment area looking smooth and natural.

• It is safe and very effective – Because CoolSculpting is non-surgical and non-invasive, it is a very safe type of treatment. It has also been approved by the FDA as a fat-reduction therapy.

Get Started by Setting Up Your Consultation

Choosing an experienced and trusted physician for your CoolSculpting treatment is extremely important, since only they will have the necessary skills and expertise to perform it correctly.

If you’re curious about what CoolSculpting can do for you, schedule an appointment for a consultation with Dr. Nicholas Lam, a skilled and well-respected physician. During your consultation, you can ask as many questions as you’d like – the more you know about the procedure, the better prepared you’ll be.