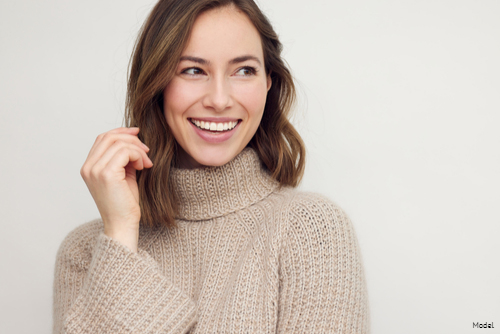 As one of the most sought-after injectors in the Southwest, Dr. Victor Mancha has been performing Botox® treatments longer than most providers in New Mexico. It is Dr. Mancha’s specialized training in aesthetic medicine that uniquely qualifies him to perform medical and cosmetic treatments to help his clients reach their skin care goals.

We asked Dr. Mancha to share more about his experience in the field and how to get the best out of your anti-aging treatments:

Q: What is your favorite treatment to perform and why?

A: My favorite treatment is the one that I’ve formulated for the client in front of me. This includes Botox treatments to numerous areas that are commonly treated. But, as an injector, the most rewarding for me is the use of skin fillers to augment lips, medial and lateral cheeks, jaw line, pre jowl sulcus and chin. Other favorites include techniques for softening nasal labial folds and marionette lines and improving marionette zone volume loss. Many variables must be taken into consideration when developing a treatment strategy. First and foremost is what the client identifies as their primary concern. It is not uncommon for me to see a client whose previous injector seemingly ignored the client’s concern and performed a treatment that didn’t address the problem. Once the primary concern is identified and client expectations have been addressed, then I will review the rationale and the cost of the treatment that I’m recommending. I believe it is my obligation to discuss cost. I do not add treatments without discussing the additional cost and certainly not before I receive consent to do so. I was the first physician in New Mexico to build a clinic that is 100% dedicated to the aesthetic needs of New Mexico. My philosophy of treating clients the way I would like to be treated has served AlluraDerm MD Med Spa well. I now have clients from all over the USA, some as far away as England, Germany, Brazil and Korea. I would never claim to be the best, but a client will have a hard time finding someone who will work harder to meet their needs.

A: My wife, Janelle, and I built the first physician-only injector clinic specializing 100% in aesthetics services. We recruited, hired and trained an elite core of aestheticians, laser technicians and support staff from New Mexico. We would not have enjoyed the success that we’ve had without their expertise and professionalism. Our original aestheticians, Kristy and Dori, are still with AlluraDerm MD Med Spa, as well as Lori, our laser technician. Our newest aesthetician, Kimberly, has already been with us for several years. We have continued our tradition of physician-only injections for 15 years now. Fifteen years of world-class aesthetics services, that’s tough to beat in New Mexico.

Q: If a person is trying to slow and reverse aging, what is the most important piece of advice you can give them regarding their aesthetic treatments?

A: The best advice I can give our existing and future clients is to protect your face and décolleté from the sun. The next most important piece of advice is to be proactive. Address the wrinkles, pigment issues and volume loss earlier rather than later. You will save yourself money in the long run. When you attend your school reunions, graduations, work functions, parties and all of those important life activities and milestones, you’ll likely have much more confidence in your appearance, which often translates into improvements in other aspects of your life, than you would otherwise.

Q: As the #1 injector in New Mexico, AlluraDerm has seen it all. What are the major trends in the world of aesthetic medicine that you are seeing?

A: Amongst the younger clientele, I would say lip and cheek augmentation are the most popular. Laser hair removal and fat removal with use of CoolSculpting® is popular for all age groups. For the middle to later-aged clientele, I would say it is wrinkle softening and facial volume replacement. Other very popular treatments amongst all ages are use of our state-of-the-art lasers for improving sun related pigment issues. When the various techniques are utilized together, I don’t think it’s an exaggeration to see a client reverse their aged appearance by several years or more. More often than not, this then translates into a client feeling that their mood and energy level is better reflected in the mirror, and this often translates into the perception by their employers, colleagues and peers that they are performing better at work and enjoying life in general. A huge part of our practice consists of middle to later-aged professionals who perceive that they may be losing out on opportunities to their younger colleagues because of the mismatch between what they see in the mirror and their true level of energy, mood and attitude.

The following is a true story. I started treating a client who is a well-respected middle-aged male physician here in Albuquerque. After treating his wrinkles with Botox for several cycles, he reported to me that his patient satisfaction reports had significantly improved. He stated that he had made no changes to his style of practice. He gave all the credit to his Botox injections. He recognized that his facial expressions were being misinterpreted by his patients during his interactions with them. A less intense or angry look was replaced with a softer more approachable look that was a better and more accurate reflection of his empathetic nature and intent. This was, in his opinion, the reason that his patients had rewarded him with higher patient satisfaction surveys. Some critics of aesthetics will suggest that this type of medicine is purely a superficial exercise for vain people. It’s been my experience that improving one’s outward appearance to match the person’s true level of confidence, energy and enthusiasm for life is a real, and most likely the most profound, benefit from our aesthetics treatments. I practiced primary care in various capacities for close to 20 years prior to practicing aesthetics full time. Those years were rewarding but there aren’t many things in medicine that are as instantly gratifying to both the client and the physician as performing aesthetics the way we do it at AlluraDerm MD Med Spa.

To learn more about getting your best results at AlluraDerm MD, give us a call at (505) 821-9630 or request a consultation online today.